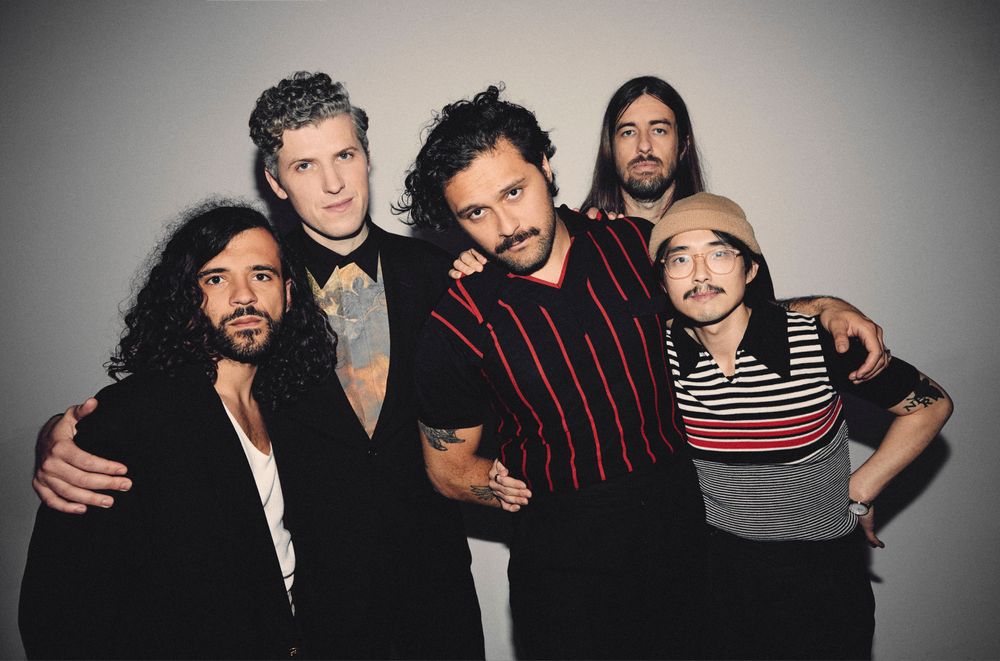 Gang of Youths are an Australian indie rock group from Sydney. The band consists of principal songwriter David Le'aupepe (lead vocals, guitar), Max Dunn (bass guitar), Jung Kim (lead guitar, keyboards), Donnie Borzestowski (drums), and Tom Hobden (violin, keyboards, guitar). Kim is Korean-American, Dunn is from New Zealand, Borzestowski is Polish-Australian, Hobden is British, while Le'aupepe is of Samoan and Austrian-Jewish descent. They are mostly known for their 2017 single "Let Me Down Easy" which became their first top 50 single in Australia. Their debut album, The Positions, peaked at No. 5 on the ARIA Albums Chart in May 2015 and was nominated for multiple ARIA Awards.

Their second album, Go Farther In Lightness, debuted at No. 1 on the ARIA Albums Chart in August 2017 and was nominated for eight awards at the ARIA Music Awards of 2017, winning four: Album Of The Year, Best Group, Best Rock Album and Producer of the Year (alongside Adrian Breakspear for his production on the album).

Their third studio album, Angel in Realtime is scheduled for release on 25 February 2022.