The Slackers are self styled masters of Reggae, Ska and Rock’n’Roll from New York City. The band’s musical style is distinct from their contempories; a mix of early Jamaican music with classic 50’s and 60s American styles. There are influences from 50s and 60s Rock’n’Roll, Rythmn and Blues, Jazz and Latin music.

Singer Vic Ruggiero has coined the term ‘Jamaican Rock’nRoll.’ to describe it. He says, “The band might play a classic Jamaican style but the vocals are distinctly American east coast, revealing the obvious connection of Jamaican music to the Doo-Wop of Harlem and the Bronx.” 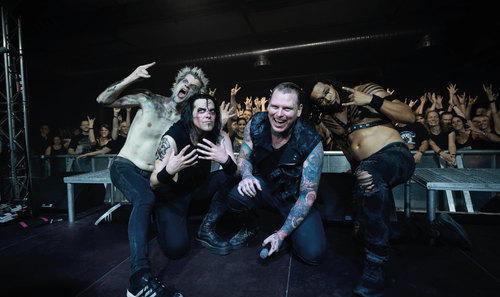